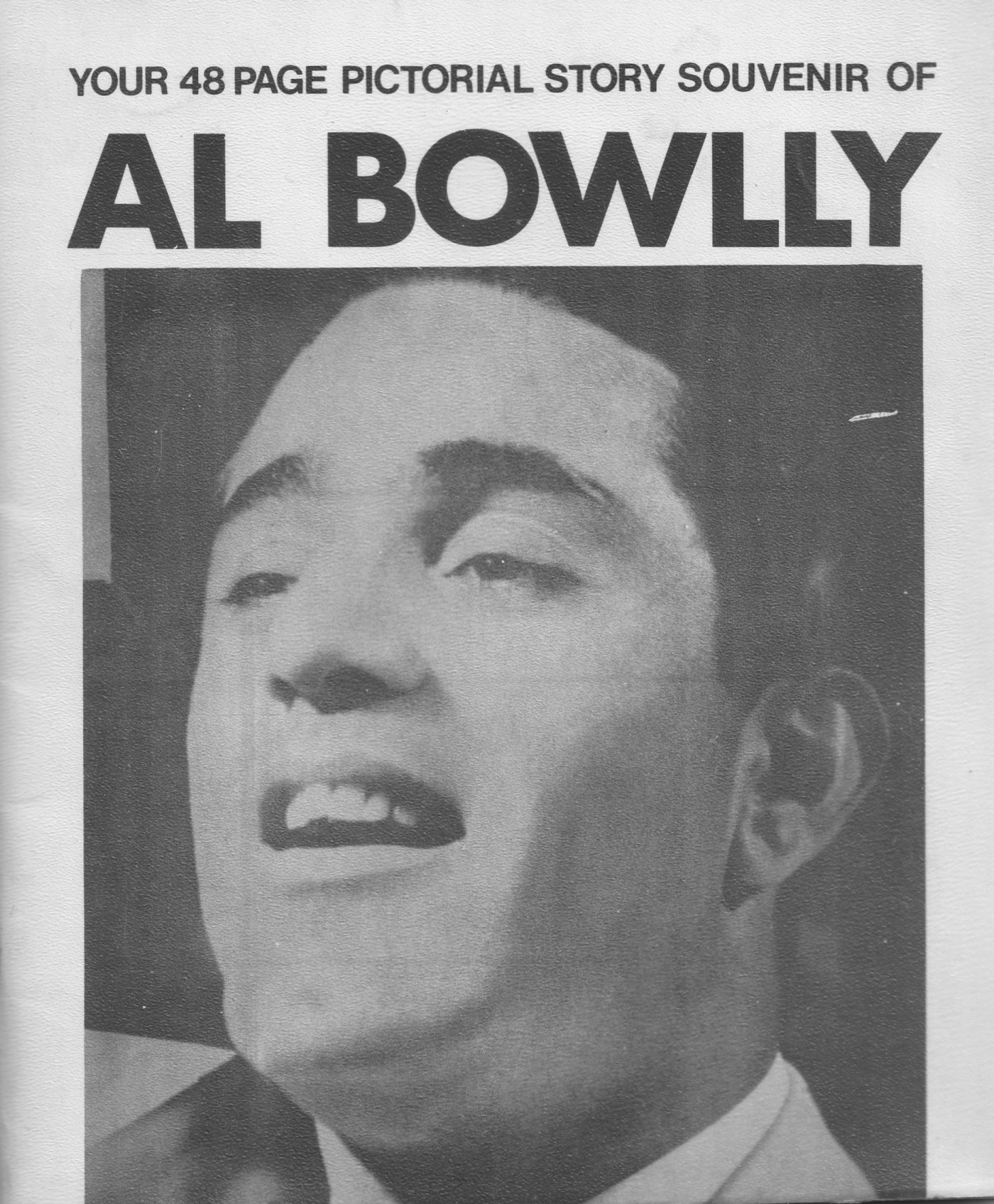 All over the world there is a nostalgia boom; there is little doubt about it. Films, radio, television, records, books and even clothes are all harking back to the past. Not only old and middle aged folk are looking back – but the youngsters are as well.

And when it comes to British singers and dance music of the pre-war days (and probably afterwards also) the biggest name in nostalgia all over the world is AL BOWLLY – the man to whom this souvenir is dedicated. During most of the 1930’s Al was Britain’s leading popular singer and was known as Britain’s “Ambassador of Song”,

But to many people Al Bowlly is really a mystery man. ln this souvenir we attempt to tell the true story of Al from his birth before the twentieth century began to his untimely death in 1941 . All too often magazines, newspapers and LP sleeve notes simply reproduce the same well-worn facts about Al. We hope every reader will learn something new about the singer after reading this souvenir. Although he is now Britain’s biggest name in nostalgia, it appears that during the 1930’s, Al was not really famous compared to someone like Bing Crosby, and this view has been confirmed by people, including journalists, who were around at the time. lt is even said that Al is more famous today than he was in his heyday of the 1930’s, although he is now definitely recognised as Britain’s leading light in the world of popular singing in that era. Although the competition was good, Al was a head and shoulders above his nearest rivals. He was considered Britain’s answer to Bing Crosby – but he never imitated Bing’s style; Al had a unique style that was all his own,

Having said that Al was not really famous in the 1930’s, to anyone who had an interest in dance music and to those in the music business themselves, the name “Bowlly” was an important name. Pop music. or dance music as it was then called, did not have the huge following and the publicity machinery that it has today, although because of the many beautiful songs written in that decade, the ’30’s have become known as the golden era of music and song. Al Bowlly was a part of that era. During his career he sang his way around the world for little reward. He was called the “singing nomad” but even so, he never achieved the fame he deserved.

ln the 1920’s, the jazz age, the music of the moment was jazzy orientated dance music such as the “Charleston” and “Black Bottom”. Vocal wise. the shouting “Jolsonist” style of singing was in vogue. ln the later 1920’s the dance music became sweeter and more sophisticated. And the shouting style vocals gave way to crooning; Bing Crosby came to prominence in America and Al Bowlly in England. During the 1930’s, the listening public decidedly liked its music sweet and so the majority of dance records sold were sweet waltzes and foxtrots. ln the latter 1930’s the American big band sound became in vogue and by the late 1930’s many English bands were playing in that style. During the’20’s and’30’s the dance band was the main attraction in the field of popular music but towards the end of the 1930’s the vocalists were becoming the main attraction and during the 1940’s overtook the dance band in popularity, thus bringing to a close the dance band era.

Al Bowlly recorded with all manner of dance bands ranging from big progressive bands such as those led by Ray Noble and Geraldo to small and obscure instrumental groups. Most of Al’s records were made with dance bands although he did make numerous recordings as a soloist, I use the term “soloist” throughout this souvenir to distinguish between the records he made as featured vocalist with a dance band and those he made upon which he was the principal artiste. On those latter “solo” records Al is usually accompanied by a small orchestra or a piano.

Al Bowlly was not Britain’s first “crooner” (to use 1930’s terminology). Sam Browne and others started before he did. Al disliked the word “crooning”; he called his act singing in the “modern microphone manner’,. However, Al was our leading pop singer (to use modern terminology) through most of the 1930’s. Although other crooners were in business in London before Al,
it was Al who became a solo variety act, became the first popular singer to get a solo spot on the BBC and who was the first British popular singer to be invited to work in America.

ln Al Bowlly’s day, the popular music world, especially in Britain, was a very different place to what it is today. For example, during the 1930’s, Britain never high-lighted and publicised her popular singers as we do nowadays, and because of this Al was never really exploited. lf Britain’s top pop singer leaves for America today, it is often front page news in the popular press. However when Al Bowlly left for America in 1934 ‘, there was just a small piece inside the Daily Herald, for example, saying that bandleader Ray Noble was going to the States and taking with him singer Al Bowlly. ln England, we didn’t make our popular singers film stars as they tended to do in America, although Al made casual appearances in several films. ln America, popular artistes had the “benefit” of the “American Publicity Machine” – there was nothing really comparable in England.

When Al arrived in America he certainly felt this enormous difference between the music-world of New York and London. Having now set the scene, turn the page and read the Al Bowlly story. As you read the story, the other features, and look at the picture pages, you may be taking a nostalgic stroll down Memory Lane, or you may have been born after it all happened, like the author. ln either case you will be reading about one of the most fascinating personalities in the music world’s history.

The information contained in this Souvenir has come from many sources, including books, magazines, and newspapers from the 1930’s. Also much information has been gleaned from contemporary periodicals such as “Memory Lane”, “Vintage Jazz Mart” and “Storeyville” . The very excellent “Al Bowlly Discography” by Brian Rust, which lists full details, including dates of all Al’s known records, was a tremendous help in preparing this souvenir, Finally, thanks are due to those people who helped out with information including Chris Hayes of the Melody Maker , Syd
Deekes who knew Al in the 1930’s, Frank Wappat who founded the Al Bowlly Circle and Al’s younger brother Mish in Johannesburg. If anyone has any further information or photographs concerning Al Bowlly, the author would appreciate details for inclusion in any future reprints

Compiling this Souvenir from the various sources of information was a most interesting task. It seems that the more you look into the life and work of Al Bowlly, the more fascinating the subject becomes, and the more you find out, the less you really know. I imagine one day a full length biography of Al will be published. In the meantime it is the wish of the author that this Souvenir fills the gap.

Information and Resources for Historic-Sound Enthusiasts