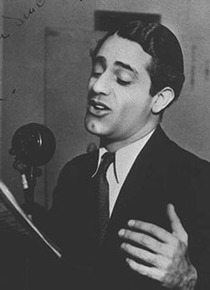 The Effect of the Microphone

It is perhaps unnecessary to explain that a microphone picks up and amplifies the slightest sound. It can make the footfall of a fly sound like a hundred-weight of coal being dropped. It can distort out of all recognition. Or it can merely reproduce at a distance .

Whether it was used first by the gramophone studios or by the broadcasters I do not know, nor does it matter much. To all intents and purposes both worlds of ” reproduced ” entertainment discovered its possibilities at once.

In the old days, gramophone recording was done by the horn method. That is, all the sound was directed into one or more large horns. A considerable amount of effort was necessary to cut the ” wax ” at all, and even then half the sound that went into the horn never went on to the wax, and even less came out of the finished record.

It was necessary, therefore, for singers to sing with considerable vigour if they were to record at all. Anything in the nature of a whisper wouldn’t have ” cut.”

Then came the microphone, and everything was changed.

Singers, instrumentalists, and recording artists of all kinds were urged to ” take it easy.” The danger became not under-recording but the reverse . The ” mike ”was ” throttled down ” and the artist asked to stand back a little, please.

The robust tenors, whose redness of face was in direct ratio to their height of note, became something of a problem.

The microphone has an unpleasant habit of ” blasting,” which is a jarring, shivering sound, when the volume forced into it is too much for the delicate amplifying apparatus.

Thus it was that, at first, until they grew to understand it better, the recorders found difficulty in coping with the vocalists who were ignorant of the requirements of King Mike.

And the singers, having been taught to sing in a certain way, found it very difficult to do otherwise. Their training had always been
based upon the requirements of filling large halls and theatres . Volume, especially on top notes, had too often been their fetish.

This does not mean to say, of course, that all ” legitimate ” singers are bellowers, or that none of them can control their voices to softness. But it was just that their style of singing was, in those early days, un-microphonic.

Then somebody discovered that even if one sang quite softly the ” mike ” picked it up with just as much strength as if one shouted at it. And with an infinitely more pleasant effect.

Vocalists explored this new idea of “‘ whispering-vocalism.” It intrigued some of them ; others were just contemptuous of ” this travesty of singing.”

But those who tried it found that they could put their mouths to within an inch or two of the microphone and sing so quietly as to be inaudible a yard away. Yet their voices reproduced as strongly as if they had sung at the top of their voices and used every effort.

And in this absence of effort they found several virtues. Firstly, that it suited the microphone so well ; secondly, that it gave a new timbre to their voices by making audible harmonics and upper partials which had never previously been heard ; thirdly, that it enabled them to enunciate with far greater clarity than before ; fourthly, that it gave to their voices, when reproduced, an almost stereoscopic effect ; fifthly, that it eliminated most of the danger of blasting ; and, sixthly, that it was far easier work and was something new, anyway.

All of which called into being a new kind of singer. Some of the more versatile of the ” straight ” singers studied this new method, mastered it, and adapted it to their own ends.

Those who couldn’t or wouldn’t were eventually catered for by the growing technique of the recording or broadcasting engineers, and continued to sneer at ” these whispering vocalists.”

Information and Resources for Historic-Sound Enthusiasts